Contact sports – should they have a brain injury warning? 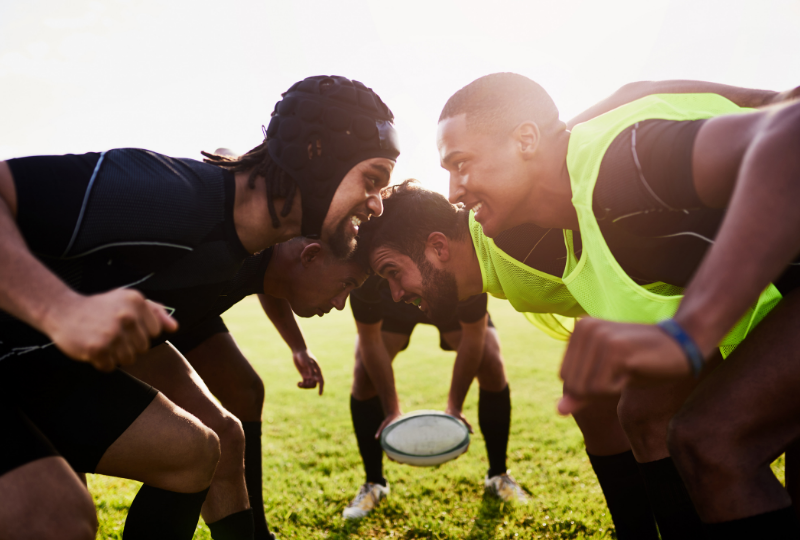 The last 18 months have been like nothing the world has experienced before. We have experienced human loss throughout the pandemic, a hit to the economy and a decline in our social lives. Therefore, many were thrilled to make the most of the European Championship and the Olympics and return to regular amateur sports clubs.

However, new studies have issued warning against football, rugby and other contact sports. Not only have those who experienced a mild head injury shown increased white matter within the brain, but the FA have also introduced new heading guidance ahead of the 2021-22 kick-off.

Research on the pitch

One study, led by Imperial College London, investigated MRI images of 44-professional rugby players to determine whether they had any long-term damage following their injuries. Also included in the study was a group of athletes in non-collision sports and those who play no sports at all.

The MRI scans, taken over two years, help reveal the structure of blood vessels and white matter within the brain; the white matter helps brain cells communicate with one another. Participants were also asked to complete memory tests to assess brain functionality.

23% of all rugby players showed abnormalities to their brain cells or small blood vessel tears – which can cause microbleeds within the brain.

“Despite the high rates of head injury, there has been little research investigating the long-term effects of sporting head injuries on the brain.

Further research is needed to understand the long-term implications of repeated head injuries experienced, and to provide more accurate ways to assess risk for an individual.”

Moving over to football, the FA have released new heading guidance, which recommends that a maximum of ten higher-force headers are carried out in any training week. The move comes after research found that most headers take place during training sessions and can impact player welfare.

While more research is underway to understand the impact of heading in football, the guidance suggests clubs should review player profiles as factors including gender, age, playing position, the number of headers in one match and the nature of those headers can all determine recovery time from heading exposure.

“The FA‘s new guidance on this issue is welcome because there is an active debate with many researchers and medical professionals calling for a reduced heading of the ball for many years. However, it remains unclear on what basis these specific FA limitations have been made and how the new guidance will be enforced.”

Although the FA announced in 2019 that they discourage heading in children’s games, this is not enforced – a situation considered by many as problematic due to a child’s brain being at a significantly greater risk of brain injury than that of an adult.

As studies into neurological disorders following retirement from a contact sport continue, the Chief Executive of the FA – Mark Bullingham – has said:

While football and other sports have positive impacts on mental and physical health, we have had to develop measures alongside coaches and medics, which represent a cautious approach to heading while we learn more – we are committed to further medical research.”

Although it is still currently unclear from research how individuals will be impacted long-term by their use of heading throughout rugby or football, medical bodies have expressed it is a high priority to investigate further.

Find out more about how NRC Medical Experts support solicitors and patients with expert medico-legal reporting for brain injuries.