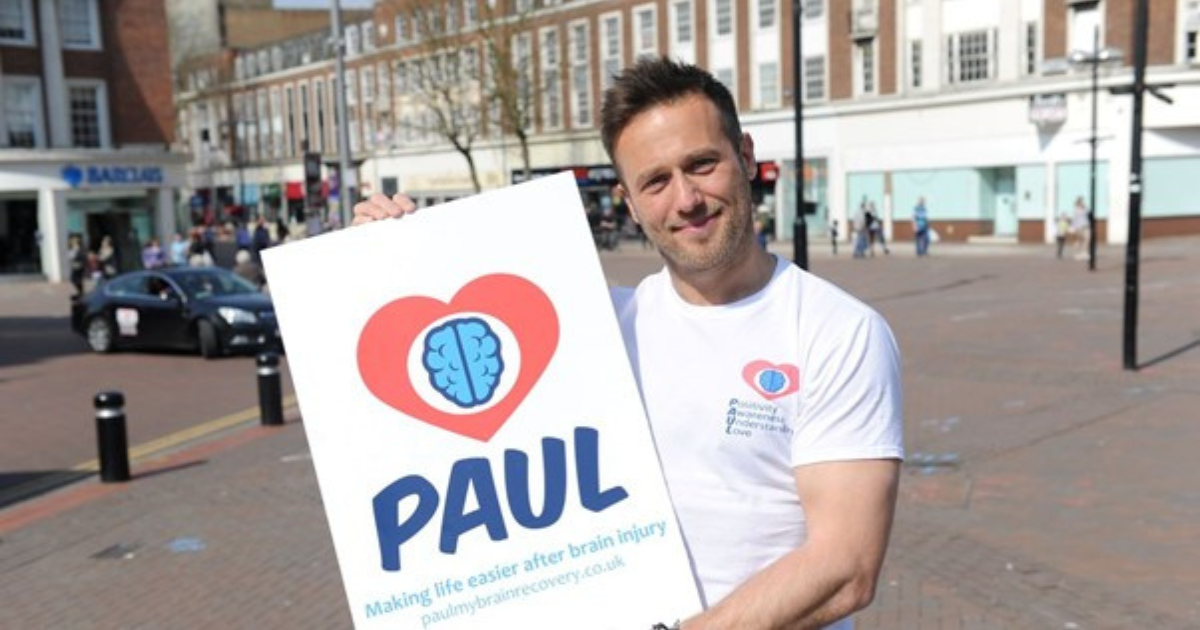 Following an unprovoked one-punch attack at a bar on Easter Sunday 2012, Paul was left with a frontal lobe brain haemorrhage and a long journey of recovery and rehabilitation. Ten years on, Paul is the CEO and founder of a Hull based brain injury charity, supporting thousands of patients and family members.

Despite the challenges of coping with a new life post brain injury, Paul began sharing his story and inspiring others with his recovery. Over time, his initial Facebook page – Paul Spence – My Brain Injury became the PAUL for Brain Injury Recovery charity.

“People would tell me, ‘You just get it’. I became the voice of reason for people in the early stages of brain injury. I would say to families, ‘It’s okay not to understand. Give them time. They’re doing their best.’ I’d pass on some coping strategies that I found useful.”

The charity has grown to include seven team members and a team of ambassadors who promote the charity and fundraise through events.  From marathons, walking challenges and golf tournaments to Charity Balls, funds raised by the charity go towards supporting supporting and educating individuals and families affected by acquired brain injury in Hull and the surrounding areas.

PAUL for Brain Recovery also provides training for professionals working within acquired brain injury, resources for patients and families developed with the Department of Psychological Services at the Hull University Teaching Hospitals NHS Trust and a recovery service for people living with brain injury. P.A.U.L’s Heroes Group also provides a voice for patients within the sector.

After brain injury, people are often different but no less. They have a new potential to reach. At the charity, we help them get there by providing the Positivity, Awareness, Understanding and Love that they deserve.” – Paul Spence

In June, the Charity is raising essential funds by talking part Plod 4 PAUL, a walking challenge of either 50, 100, or 200km. You can take part of follow the progress using the hashtag #PLOD4PAUL22

Find out more about PAUL for Brain Injury Recovery by visiting the charity’s website or connecting via social media: